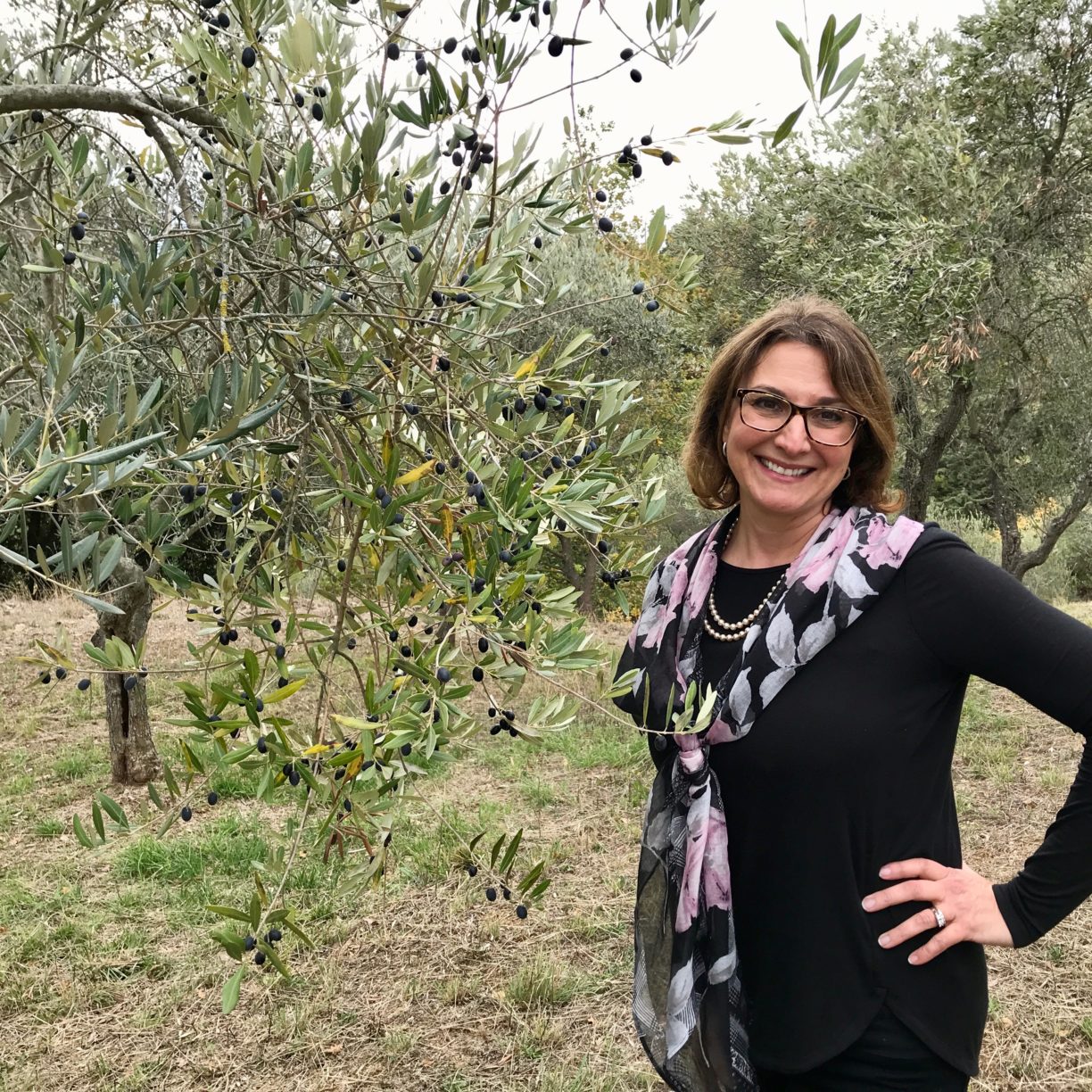 RoseAnne Ruccello-Fischer did not want to drift toward retirement without aim or purpose. The Monterey native wanted to build a direct bridge to those golden years, a carefully calculated (and lucrative) path.

So she went all in on the global oil boom.

Her decision had nothing to do with drilling, derricks or OPEC, but everything about her three passions — Italy, food and wellness. The liquid gold so coveted these days is olive oil, the miracle food first embraced in the cradle of civilization, where olives were pressed and poured into bottles before 2,500 B.C. — and well before our dependency on fossil fuels changed the Middle East forever.

An integral element of the famed Mediterranean diet, olive oil is also used in cosmetics, pharmaceuticals and soaps. Between 1990 and 2015, world consumption of olive oil nearly doubled — making the industry behind it a vast money-making machine.

“It just came to me,” said Ruccello-Fischer, 56, who has worked In the healthcare field for more than 30 years. “Italian olive oil is amazing, and I said ‘this is what I want to do.’ And I did it on my own.”

A few weeks ago she launched Ruccello Olive Oil (www.ruccellooliveoil.com), importing high-quality extra virgin olive oil and specialty products from Italy, and educating her customers about the wonders of “liquid gold.”

Inspired by her Italian heritage and the fulfillment of a lifelong dream (she and her husband Butch bought a home in the Chianti region of Italy), Ruccello-Fischer became obsessed with olive oil.

She finished a rigorous olive oil sommelier course, met experts from around the world, made connections in the Italian milling industry and conducted personal interviews with the finest small-batch producers throughout the Mediterranean.

“I went through intense training, and learned a lot just through tasting,” she said.

Choreographed by Italian organized crime figures dubbed the Agromafia, these masterminds are behind an estimated $16 billion annual fraud. Moving fake or adulterated olive oil is apparently more lucrative than running drugs. To wit: A gallon of authentic extra virgin olive oil costs about $50 to make, while a fake gallon can be created for about $7.

Then there’s the “extra virgin” misnomer. Extra virgin olive oil (or EVOO) means the oil contains no more than 0.8 percent acidity, is cold-pressed, unrefined and without chemical treatment.

A 2010 study from University of California, Davis, found that 69 percent of imported olive oil labeled “extra virgin” didn’t meet the standard for that labeling. The study suggested that some of the oil had been oxidized, some had been mixed with cheaper olive oil or cut with oil made without olives. Others were made from overripe or damaged olives or from olives that had been processed or stored incorrectly.

This is nothing new. Olive oil fraud has been rampant for hundreds of years. Today the food supply chain is so vast and so lucrative that it’s easy for the disreputable producers, shippers or unseen middlemen to commit fraud.

Ruccello-Fischer takes measures to ensure quality of the olive oil she imports.

“There are distinct characteristics of quality olive oil,” she said. “You just know. I only deal with growers and millers with the best reputations. Quality product with complete chemical analysis.”

That’s important to Ruccello-Fischer because she battled health issues 10 years ago stemming from an allergy to soybean oil.

“(Soybean oil) is in everything,” she said. “I was having huge reactions, which started my awareness of food and chemicals. Now I pay attention to what I’m putting in my body.”

“It’s a fun way to spend an evening with friends tasting and learning about olive oil, and how it enhances the flavor of food,” she said. Her website also includes fun recipes that feature olive oil as a main ingredient.

In the future, Ruccello-Fischer hopes to offer more varieties of EVOO from Greece and Turkey, but also more from California, which is a great way to ensure quality and authenticity.

To give consumers confidence they are purchasing 100 percent extra virgin olive oil, the California Olive Oil Council created the CCOC Seal Certification Program. Using stricter standards than international requirements, only the best California olive oils qualify for COOC certification. Following every harvest, the council assesses every member’s oil to ensure that it qualifies to display the seal.

The group’s criteria are stricter than those of the International Olive Oil Council, calling for a 0.5 percent oleic acid (monounsaturated fat) content to the

IOOC’s 0.8 percent. (The lower the fatty acid content, the lower the chance of rancidity).

Brabeck stands behind studies that show the chemical makeup of olive oil includes elements essential to preventing heart disease and other chronic illnesses.

Raynor’s family settled there in 1864 and began farming the land that is now 43 Ranch.

Last year 43 Ranch won two prestigious awards. Its Helen’s Blend won “Best of Show” out of 658 entrants at the Los Angeles International Olive Oil Competition. And their Estate Picual earned the Roncoroni Bogle Award for the best olive oil in California at the Yolo County competition.

The public can visit and taste the mill in San Ardo (information at www.43ranch.com).

Mike Hale can be reached at thegrubhunter@att.net. Listen to his weekly radio show “Food Fodder” at noon Wednesdays on KRML, 102.1 FM.

Mike Hale writes about the food and wine scene in Monterey County. Listen to his weekly radio show “Food Fodder” at noon Wednesdays on KRML, 102.1 FM. Reach the author at thegrubhunter@att.net .

Link to the article