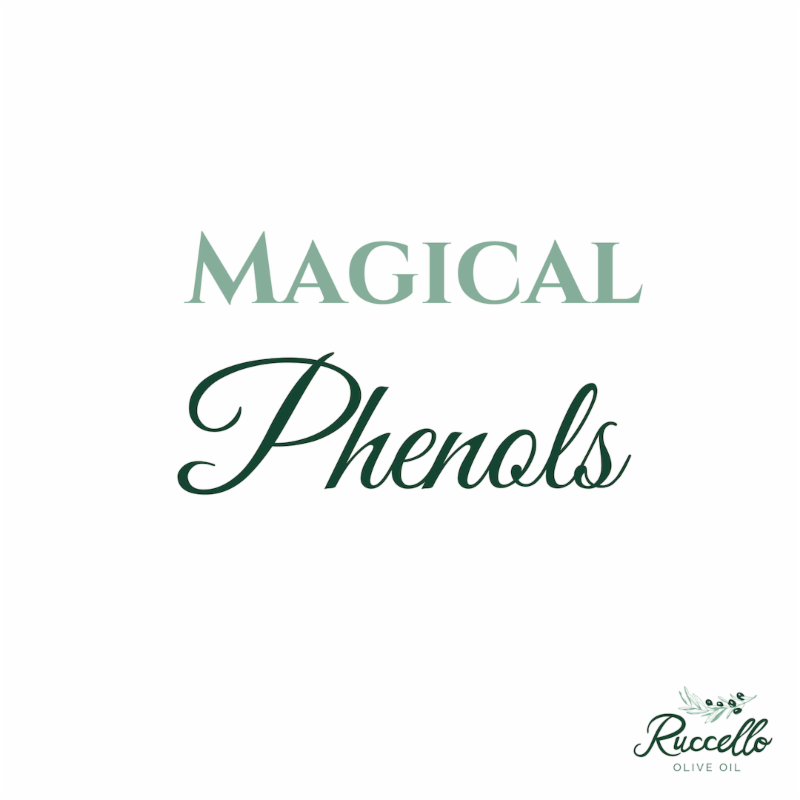 Oleuropein, hydroxytyrosol and tyrosol—try saying each of those three times fast!

Although they are hard to pronounce, it’s important that you know them because they are 3 of the 30 magical phenolic compounds that make olive oil so magical!

Why are they magical?

Because these magical phenols keep Olive Oil stable even up to 425℉ (which is far higher than what we usually need for cooking most meals)!

You see, when oils are heated they break down and produce polar compounds which are harmful for our health.

One study found that another “kitchen staple” (canola oil) produced 2.5 times the amount of polar compounds compared to Olive Oil!

That’s a lot of polar compounds!

One of the researchers of that study, Dr. Simon Poole, states…

“In recent years we have seen numerous unsubstantiated claims that it is less safe to cook with extra virgin olive oil, despite frying and roasting temperatures being well below its smoke point. This research provides unequivocal and definitive evidence that should finally dispel this myth. It shows that extra virgin olive oil is not only safe during heating at regular cooking temperatures, but is the desirable cooking oil when compared with others. The production of potentially harmful polar compounds and trans fats was markedly lower in EVOO.”

There you have it! Olive Oil wins again as the healthiest choice when it comes to cooking with oils!

Here’s to keeping yourself in the know!

Ruccello Olive Oil provides high-quality Extra Virgin Olive Oil from around the world, other specialty products and education for women (and a few special men).